‎"And the returning host of the Congregation of Israel, Who are with the Canaanites as far as 'Tzorfas'/France,
And the Exile of Jerusalem from as far as "Sepharad"/Spain, Shall inherit the cities of the Negev;
And saviors shall ascend Mt. Zion, to judge the mountain of Esav, and the L-rd shall have the Kingdom." (Ovadiah 1:20-21) 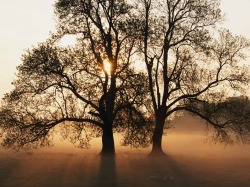 NAMES FOUND ON THIS SITE ARE TAKEN FROM THE FOLLOWING REFERENCES

(*) Name for which a coat of arms, crest.or history has been found and will be published in SECTION V, Heraldry.
(+) Known or suspected converso families (as opposed to individual conversos).  Most anyone appearing before the inquisition was a converso because the inquisition, by definition, had no power over the Jewish population.  They did have control over "New Christians" or conversos.
(~) Up load completed